Wendy and I had the wonderful experience of attending a performance tonight – New Year’s Eve – with Lee and LeAnne, two of our teammates, of Mozart’s “Don Giovanni” (“Don Juan”) at Xi’an’s Opera House. It was a joint performance of Sha’anxi Normal University’s School of Music – where Lee and I teach – and Tokyo University’s School of Music, which has a close relationship with our school. 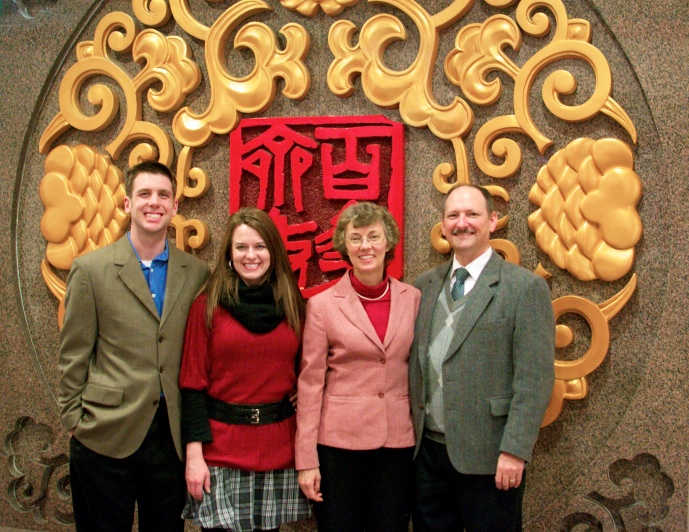 (Lee, LeAnne, Wendy and I standing in front of the seal of the Opera House) 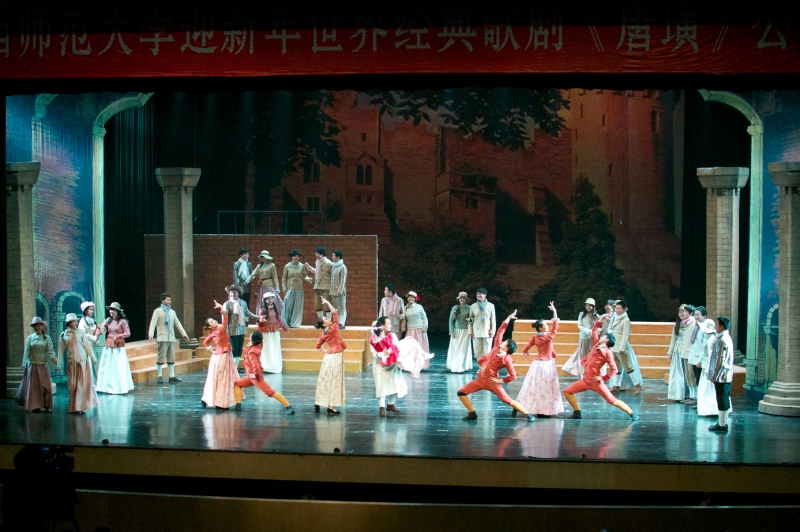 It was a great performance, in most regards on a par with other excellent performances I’ve seen in the U.S. However, it wasn’t the performance on stage that received a disproportionate amount of my attention, but rather the “performance” of the audience.

In China, it has historically been normal for an audience to talk, smoke, eat, drink, come and go freely, and generally carry on various activities in the midst of a performance. Contrary to what a westerner might think, this is not indicative that the audience isn’t paying attention, nor is it considered rude behavior. They just have a different idea of normal, acceptable behavior during performances.

Even though I know this, I could feel myself becoming increasingly annoyed at the talking that was taking place in the audience near our seats, especially when it was overly loud talking on a cell phone. It didn’t make me feel any better when I saw that several of the Chinese in the audience were also giving the offending person meaningful stares. He eventually took the hint and went out into the lobby to continue his conversation.

This experience made me realize that my attitude still has much that needs changing before I can say I am charitable toward Chinese when things like this happen. But those changes definitely need to take place, because I know that it’s still MY problem, not theirs!